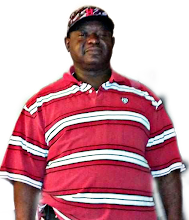 Willie Ray Sample departed this earth to begin his heavenly journey on December 29,2020.
We loved our baby brother, but God loved him more. We will deeply miss your laughs and smile.
Willie Ray was born July 19,1966 to the proud parents of Daisy Davis and Willie Boozer. He attended school in Livingston and lived in Houston until passing.
He enjoyed spending time with family especially our holiday gathering and just hanging with his brothers and nephews.

To order memorial trees or send flowers to the family in memory of Willie Sample, please visit our flower store.