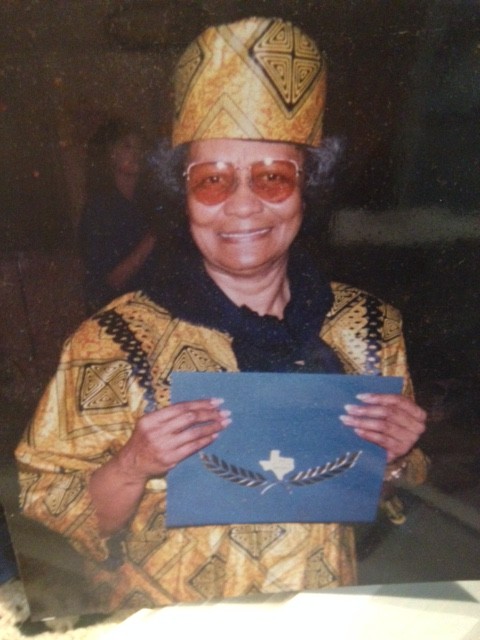 Chaplain Sibble Jackson Gage-Knight was born December 21,1930 to Willie Bell Jackson-Reed and Jesse Kingsberry .  When her mother became ill Sibble was raised by her grandparents Thomas and Ammie Jackson in Independence Height. She attended school at Our Mother of Mercy Catholic School and Booker T. Washington High School. She graduated from Prairie View A&M University with a Bachelor of Education and a Masters of Education and began her Doctorate in Education at Texas Southern University. She was a post graduate participant in The National Teachers Corps and taught in Bastrop Texas. She educated students for over 27 years at Garden Oaks Elementary, Carverdale High School, and ended her teaching career at Burrus Elementary school as assistant principal in 1993. Chaplain Knight completed theological training at the Smyrna Seminary. Chaplain Knight traveled to prisons throughout Texas for more than 18 years until her health began to decline. She was a counselor, a teacher and worship leader for men & women confined to correctional institutions throughout the state. She founded the Servants of Christ Prison Ministry of Houston Nov 11,1999. She was a member of The International Network of Prison Ministries, The Restorative Justice Ministry Network of Texas, The Institute for Prison Ministries, COPE Coalition of Prison Evangelist, Correctional Ministries and Chaplins , The Texas Department of Criminal Justice Chaplaincy and Certified Counselor at the Carol Vance Interchange Freedom Initiative. She was united in marriage to Gerone Gage and to that union 3 beautiful daughters were born. Sibble was an ordained Chaplain and an Elder at Smyrna Seventh Day Adventist Church with Therapon Certification. She received so many awards and certifications that are too numerous to mention. She retired  from teaching in 1993 to make sure her only grandchild Kevin Robertson II would always have his granny to spoil him rotten.

She was preceded in death by her parents: Willie B. Reed and Jesse Kingsberry , Grandparents: Thomas and Ammie Jackson and one brother: Raymond Jackson.

To order memorial trees or send flowers to the family in memory of Sibble Gage-Knight, please visit our flower store.