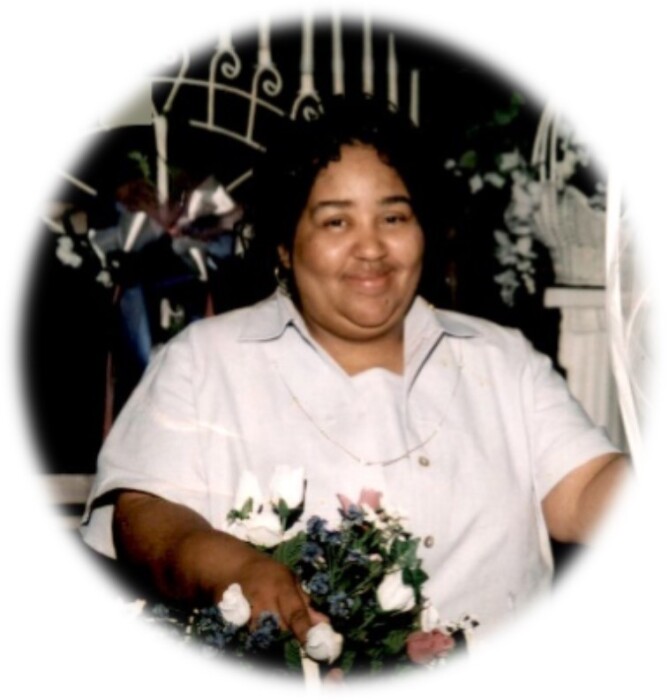 RITA DELORES BOOKMAN was born in Houston, Texas on October 15, 1963, to Elsie Deloris King Hill and Stepfather Romie Adell Hill, Jr., and became forever the baby sister to big brother Reginald Paul Hill. Shortly thereafter she, her brother with mother relocated to Livingston, Texas to the home of her dearly loved Grandmother Lulang King. Rita is preceded in death by both her father Willy Wise and stepfather Romie Adell Hill, Jr.

Rita graduated from Livingston High School in 1982 where she was a bright and gifted student in the Livingston Independent School District; excelling in academics as well as enjoying sports; track & field, and basketball were her favorites.  During her school years in Livingston, she made many lifelong friends, and in the Westend Community Rita shared a lifetime of memories with special friends, always having a moment to attend birthday parties, wedding, graduations, school games, collect supplies for children’s first day of school – those friends to name a few like Kathy Prescott and Tracie Wyatt were with her to the very end.

Rita on October 16, 1982, married Luther Earl Bookman who became stepfather to her son Michael Paul Hill, and they created a strong family unit for nearly forty years until Rita’s death. Luther was devoted to Rita and helped her in every part of her life. Especially with her party and wedding decorating business THIS IS FOR YOU, which she started in 1989 with her dear cousin Jeffery Glenn. Rita dressed hundreds of weddings and parties across the state of Texas as well as out of state engagements. It was her true joy, creating joy for others; her last wedding was in June shortly before she passed. Rita excelled in every position she worked; becoming one of the first Black/Women as manager of Livingston Wal-Mart store and later moving on to serve a 20-year career as Line Leader and manager at Pilgrim Pride in Lufkin, Texas.

As devoted to her work Rita was also devoted to God Almighty more as a young girl she went to the Livingston Church of Christ with her Grandmother Sister King. She later attended Pleasant Valley under the leadership of her husband, Rev. Luther Bookman. She continued in Christ to find her home church, St. Paul MBC with the loving Pastor Charles Horton and Lady Vergie Horton. Rita was always willing to work in the church, she was the director of the youth and worked diligently on the Pastor’s Aide Committee. Rita as an Apalachicola Creek Indian was blessed with many tribal brothers, sisters, aunts, uncles, and devoted mothers, and Rita found time for them all – baking, making special desserts, baskets, and buying school clothes, birthday gifts, graduation gifts and most of all she gave so much love to make them all feel special. She shared special bonds with Amber Gardner whom she affectionately called “her daughter”, her cousin “niece/daughter” Sonya (Jesse) Reece, her uncle “Doc” Elgin Davis, her “honorary grandchildren” D’Asia Ivory and ZairRion Jackson, her cousin and wound nurse Shaniqua Green who she nicknamed “Nurse Barbie” and is she now back in the arms of her two Aunts Gloria Jean Ward and Mary Lou Davis who were both mother figures to her.

To order memorial trees or send flowers to the family in memory of Rita Bookman, please visit our flower store.