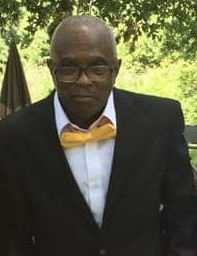 Funeral Services for Mr. Perry Love, 81, of Corrigan, Texas will be held Saturday, August 19, 2017 at Faith Temple Church in Corrigan, Texas at 2 p.m. with Minister Kenith Jackson officiating. Interment will follow services at St. Andrews Cemetery in Onalaska, Texas. Public viewing will start at 1 p.m. until service time. Mr. Love was born August 8, 1935 in Onalaska, Texas to parents Mandy and Anderson Love. Mr. Perry as he was so fondly known to many, departed this life of Friday, August 4, 2017 peacefully in his home in Corrigan, Texas. He grew up and attended schools in Onalaska. He married the love of his life, Minnie Lee Johnson on July 25, 1952 and they moved to Corrigan, Texas, where they had and raised nine children. They remained married for sixty-one years until God called his beautiful wife Minnie home on June 1, 2014.

To order memorial trees or send flowers to the family in memory of Perry Love, please visit our flower store.