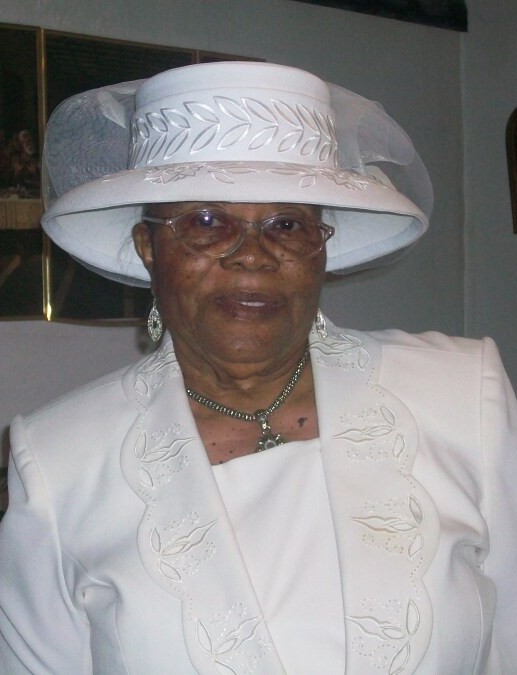 Mother Bertha Johnson was born November 27, 1932. The third child to T.J. Haynes and Mittie B. Stubblefield Haynes born in Kitrell, Texas.  She attended elementary school in Kitrell and during her teens her father moved them to Onalaska, Texas and she graduated from Dunbar High School in Livingston, Texas.

Mother Johnson held many positions in the church at one time in her life:  church secretary, Sunday School Superintendent, Sunday School teacher and anywhere as needed.  She allowed God to use her in every way even arriving to church early to clean and vacuum.   Her most loved position was when she excepted her calling as a missionary in the Church of God in Christ.  As an Evangelist Missionary, she went all over Texas and other states preaching and teaching the gospel in revivals. She accepted the position of District Missionary of the Livingston District under the leadership of Late Supt. CW Scales and served in the position under late Supt. SJ Johnson and Supt. Prince Bryant, II.

Mother Johnson love going to church and if her church or district was not having a program, you could find her making her way to other churches.  She didn’t have to be on the program; if she knew church was going to be held she would attend 7 days a week.  She felt that there was no place she would rather be but in the House of the Lord.  She believed in fellowship with others and worshipping the Lord.

She loved to sing and give her testimony on what God had done for her.  Her favorite songs were “Look where he brought me from” and “Down through the years, God’s been good to me”.  She loved God and people.  She never met a stranger and would stop and talk to whoever about God.

To order memorial trees or send flowers to the family in memory of Missionary Bertha Johnson, please visit our flower store.

Bibleway Church Of God In Christ