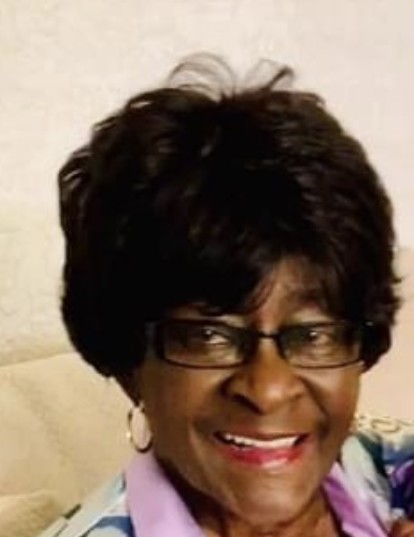 The Legacy of a Queen

On June 13, 1941, time stood still in New Willard, Texas. God opened the portal of heaven and a beautiful, mahogany, blue-eyed baby girl was born to Arthur “Tater” and Mary Alice Robinson. Mary Louise, affectionately known as “LuLu,” attended public school in New Willard. She obtained her high school diploma in 1957, at the tender age of 16 from Livingston’s Dunbar school, with academic honors. She was also the esteemed drum majorette for the Dunbar band.

During her childhood, Louise became a member of New Beulah Baptist Church, where she was also baptized. After relocating to Livingston later in her childhood, Louise attended and later joined the Macedonia Missionary Baptist Church. She was an active member and served as a pianist for many years. Louise was active in civic duties and became one of the first, young, black delegates of the Democratic party; aiding in the progression and development of her local community. In addition to the aforementioned exemplars,

Louise met and married Charlie M. Cooper of Seven Oaks, who preceded her in death. Ten children were brought together through this union. Four of whom she bore: Rosalind Wright (Douglas), Gerald Robinson (Gloria), Quinton Cooper (preceded her in death), Sabrina Jackson (Richard), and six children Richard Cooper (Cynthia), Charlie Cooper, Jr. (Doris), Tommy Cooper, Dale Gray, and Royce & Ree Cooper(who both preceded her in death). Louise also had two special sons, Anthony “Brim” Jenkins and Derrick ‘Pop’ Hill (who preceded her in death). Louise was a wealth of wisdom and caregiver to all who encountered her. She began her professional nursing career and worked at several hospitals throughout Polk County and as far as Rusk and Houston, Texas. She spent the length 35+ years of her career as a nurse. Also, implementing her gift of nursing at the Texas Department of Corrections, until she retired in 2005. She opened one of the first in-home assisted living homes in Livingston, Texas, taking care of the young and elderly.

On Tuesday, April 27, 2021, Louise made her great transition from earth, with comfort and love. She served, gave, comforted and helped throughout her life. She leaves her legacy of wisdom, integrity, and love for each of her siblings, children, a host of grandchildren, great-grandchildren, and a host of nieces, nephews, cousins, and friends to cherish. Including special friends Elsie Hill , Jessie Walden and God-Daughter Ann Furr. She lived her life fully dedicated to the empowering of all who knew her. May these lasting impressions of selflessness, forever imprint the love in which she freely gave, to all of the hearts, minds and deeds of those; who she leaves behind.

To order memorial trees or send flowers to the family in memory of Mary Cooper, please visit our flower store.