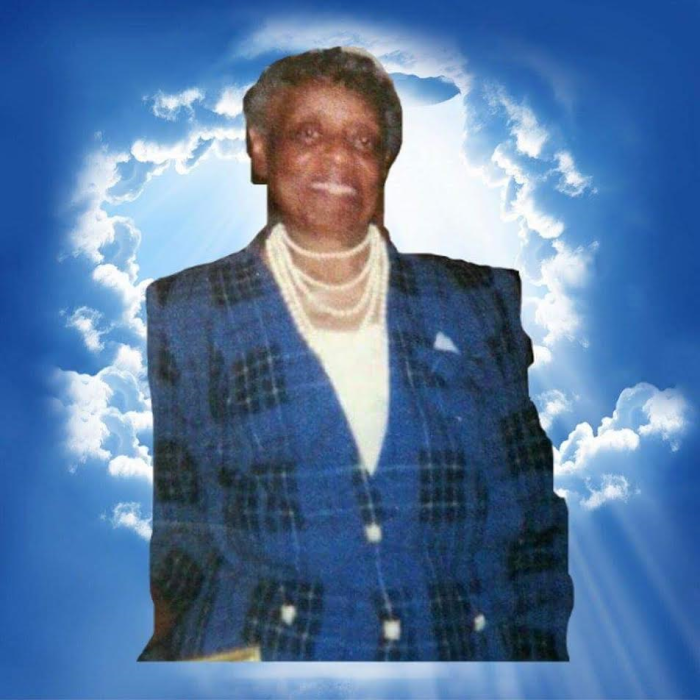 
Marcia Louise Todd (White) Wyatt was born September 9, 1926 in White Cloud, Kansas. to Charles and Roxy Todd.  She was the 5th of 5 children. At the age of 16 she graduated from high school and went on to attend college.  She went to work for a period in Leavenworth, Kansas.

In 1948 Marcia was united in marriage to Rev. David A. White, Sr and moved to Kansas City, Kansas.  Into this union were born 3 children; David, Jr., Carolyn and Phyllis.  Her husband Rev. White and baby girl Phyllis preceded her in death.  After her husband’s death Marcia moved back to White Cloud, Kansas being near her Father.

Being the daughter of a Farmer Marcia had production skills!  She purchased her home on quite a few acres of land.  She had her own chicken coop where she collected their eggs.  Now and again she’d catch a chicken, chop its head off, let it flop then pluck feather and fry it.  She had a garden that measured acres in length and width.  She taught her children to pick corn, shell peas, snap beans – everything that the garden produced her children had their role in the harvest.  She canned her vegetables.  Her son David had his own pigstye on a portion of the land.  Marcia was one of the best cooks in town.  She made everything from scratch.

Marcia’s father lost his vision at a certain age in life.  Marcia drove to and from his home daily for years cooking and cleaning for him.  He always called her "Mar-Ci".   Marcia always cared for the elderly and little ones.

In 1969 Marcia moved back to Kansas City, Kansas where she became an active member at Evangelist Temple Church of God in Christ.  In 1981 she moved, with her daughter to Texas.  Marcia chose to move to Leggett where her dear Friends Rev. Richard and Essie Scott resided.  She was very active in Our Lord Church of God In Christ playing the piano and teaching Sunday classes and ministering for the Lord.  In  1982 Marcia became wife to Joe N. Wyatt.   They were married for 35 years.  On Rev. Scotts departure from Leggett Marcia became a member of Livingston Church of God In Christ.

Marcia leaves her loves son David A. White, Sr and daughter, Carolyn Green, grandchildren Marcelle Green, Sr.  (Tamika) and great grandchildren Maiya and Marcelle Jr., Brother-in-Laws and their wives, step relatives, her Church Family – Livingston Church of God In Christ.
What an honor it has been to Live with and Love Marcia Louise (Todd-White) Wyatt and we know that she is with our Heavenly Father Now.

Honorary Pallbearers: Deacons of the Church

To order memorial trees or send flowers to the family in memory of Marcia Wyatt, please visit our flower store.