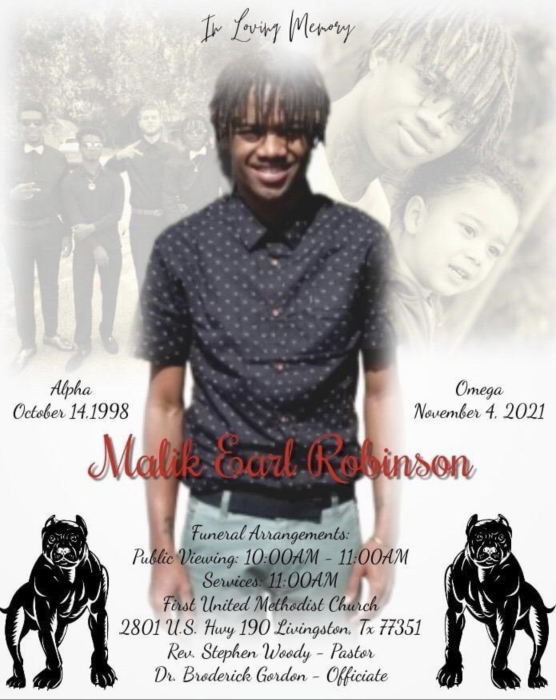 On October 14, 1998, time stood still in Livingston, Texas. God opened the portal of Heaven and a handsome Baby boy was born to the Proud parents, Mr. Marvin Robinson Jr. and Ms. Tara Consuela Butler. They affectionately named him Malik Earl Robinson. Malik grew up in Livingston, Texas and attended Public School Graduating in 2017.

During his childhood he attended the Antioch Baptist Church. He loved Family, Fishing, Hunting, and his passion for dogs and video games.

To order memorial trees or send flowers to the family in memory of Malik Robinson, please visit our flower store.