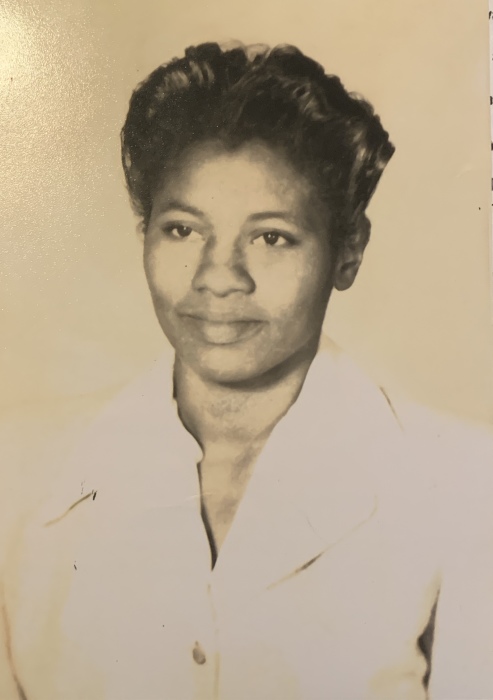 Funeral Services for Ms. Maggie Eleby 97, of Livingston, Texas, will be held on Saturday March 7, 2020 at 12 noon public viewing will begin at 10 AM at Anderson Chapel Baptist Church with Pastor Donald Vance officiating. Interment will follow services at Greenfield Cemetery, in Livingston, Texas.

On November 18, 1922, a beautiful baby girl was born to Samuel and Della Flournoy Bailey in Livingston, Texas. They named their daughter Maggie. She was the 8th of ten children and the 2nd daughter after six sons. Maggie grew up in Livingston and attended Dunbar School, where she excelled in academics, with English being her favorite subject, and sports.

She was reared in the Anderson Chapel Baptist Church and was a faithful member her entire life.

On May 23, 1942, Maggie united in marriage with L.D. Eleby, a union that lasted almost 60 years until his death in 2002. To this union eleven children were born, two of which preceded her in death, (John Lewis and Lora T.). She was also preceded in death by her parents, seven brothers: Antonio (Tone), Hosea (Hosey), Bosey, Leonard Spencer, John B. (Boo), S.B. (Jake), Will (Bye); two sisters: Ironia (Doll) Starghill and VElla (Bitney) Trower.

Mrs. Eleby was a loving and devoted mother, whose life demonstrated the importance of faith and faithfulness to her children. She was beloved by everyone who knew her and was affectionately called “Mommie” by many. She was also known as Lil Sister, Gitta, Hannah, and Honey.

Maggie was a homemaker for most of her life, until later years she became employed with Livingston Independent School District, from which she retired.

To order memorial trees or send flowers to the family in memory of Maggie Eleby, please visit our flower store.