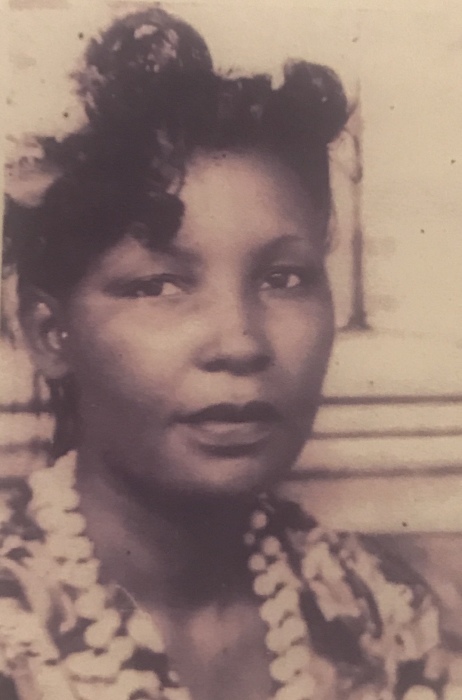 Lorene Walter Horn the first born of 15 siblings to her parents Archie and Mamie Walter. She was born January 26, 1919 in Livingston, Texas. Twelve of her siblings and her parents preceded her in death.

She attended Dunbar High School of Livingston, Texas. She often spoke highly of her education experience as being the best; specifically, teaching techniques and character building. Her favorite mentor was professor W.W. Johns. Her biggest brag was her status as a star player on the basketball team.

Lorene united with the St. Luke Methodist Church at an early age and remained a member until her death.

As a young adult she was married to Ralph Osaw. There were five children born to that union: Bettye, Charles Etta, Eugene, Tilda, and Ralph Wayne Osaw. Ralph Wayne preceded his siblings and his parents in death.

As a mother, her priority was her dedication to her children. They truly experienced the life in the village. She balanced the responsibilities of 8 full time job and rearing kids. She worked relentlessly to provide for their needs and always succeeded in doing so.

To enhance her life, she participated in the Polk County Home Extension programs for adults. She attended night classes to improve her sewing skills. She also developed an interest in canning foods, to preserve more of the fresh vegetables from her garden each year. Her hobby was seeking and finding great bargains at the flea market.

As the nest was almost empty she was divorced from her children’s father. Later she was married to Mr. Jessie Horn. Both husbands preceded her in death.

To order memorial trees or send flowers to the family in memory of Lorene Horn, please visit our flower store.