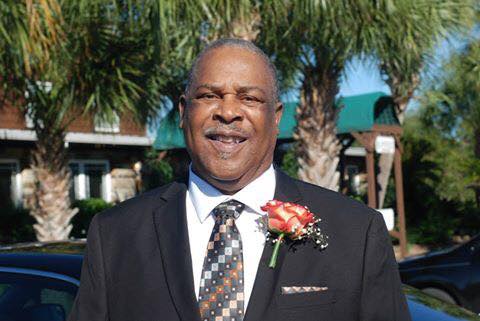 On October 8, 1938, Earnest and Polly Johnson became the proud parents of their twelfth of seventeen children, a son whom they named John Earl. John grew up in the Tigerville Community in Polk County, Texas. He attended Tigerville High School. While attending school he worked at Jim Carother Diary Farm, and held other jobs to help support the family.

He accepted Christ at an early age at Grace Hill Primitive Baptist Church under the leadership of the late Rev. Bass and the late Rev. James Hinds. He met and married Katherine Womack on September 1, 1957. To their union, they had one daughter, Cheryl D. Johnson. Katherine preceded him in death September of 1972.

When he arrived in Houston he worked for a Construction Company, then for Armor Meat Packing Company for 19 years until the plant closed. John started his own Trucking Company, J.E. Johnson Trucking and built that company until he retired when his health began to fail.

John and Katherine moved to Houston in 1957, and John joined New Loyalty Missionary Baptist Church in 1958 under the leadership of the late Rev. E.W. Whitfield, then the late Rev. B.M. Reynolds and currently Rev. Charles E. Butler II. He served the Lord in many ministries over his 59 years at the church: Men's Choir, Youth Matron and Director of Youth Department, Chairman of Trustee Board, church Treasurer, Member of Brotherhood, and so much more. This is where he met Mattie Taylor and they were joined in matrimony in 1975. They praised God and worked together at New Loyalty. They successfully raised a blended family Cheryl, Ada, Lynn, Stephanie, Christopher, and Michelle.

John embodied the love of God. He never met a stranger. He was attentive to people and had a special way of making them feel loved. John was warm and inviting, but he wouldn't cut corners with you either. His family was everything to him and that family circle was large. He was a father to many. He had enough love, time and compassion for everyone. He lived to give, if it was traveling to get fish from Blanchard or Kemah, sausage from Hempstead, bringing bunches and bunches of greens or dozens of brown eggs from the country to share with others. It was a joy! "Mr. Johnson's story was a very good story, and his story serves the Kingdom well." He was a special man.

To order memorial trees or send flowers to the family in memory of John Johnson, please visit our flower store.