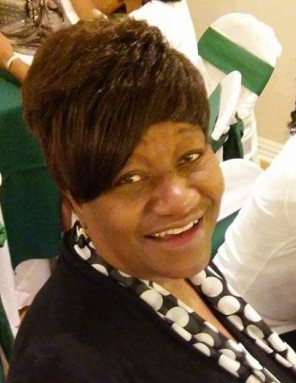 Helen Johnson-Hill was born to Scott and Susan Johnson in Onalaska, Texas on September 1, 1948. She attended Dunbar Public School class of 1967. She excelled academically and people knew her for her quiet and humble spirit.

Helen was introduced and accepted Christ at an early age under the leadership of the late Rev. Will Hill until God called him home. She grew up in the church with her father Dec. Scott Johnson and Mother Susan Johnson instilling in her the value of God. Helen loved to sing and would often wake up her children singing praises to God. She was a faithful and devoted member of Grace Hill Baptist Church under the leadership of her son Rev. Scott Harrell until God called her home.

Shortly after graduation, she went out to California to stay with her sister Bobbie. She often spoke of this experience and the times she had there. She would soon return to Livingston to be close to her family. Outside of God, her family was the most important thing in her life.

Helen worked in many capacities to make sure she could provide for her family. She worked many years for Stubbs Petroleum for many years. Upon leaving Stubbs Petroleum she went on to work for TDCJ Inmate Trust Fund in a supervisory role until she retired.

On March 31, 2002, at Smith Memorial Church of God in Christ, Helen Johnson married Dec. Will Hill the love of her life.

The most important people in the world to her were her two children Tiffany Johnson and Scott Harrell and her grandchildren Xavier Harrell, Erikka Miles, and Genesis Harrell.

She was preceded in death by her husband Dec. Will Hill; both parents; Scott Johnson and Susan Johnson, Brothers, Henderson Johnson, and Johnny V. Johnson; Sisters, Florence Harrell, and Roxanna Harrell.

To order memorial trees or send flowers to the family in memory of Helen Hill, please visit our flower store.