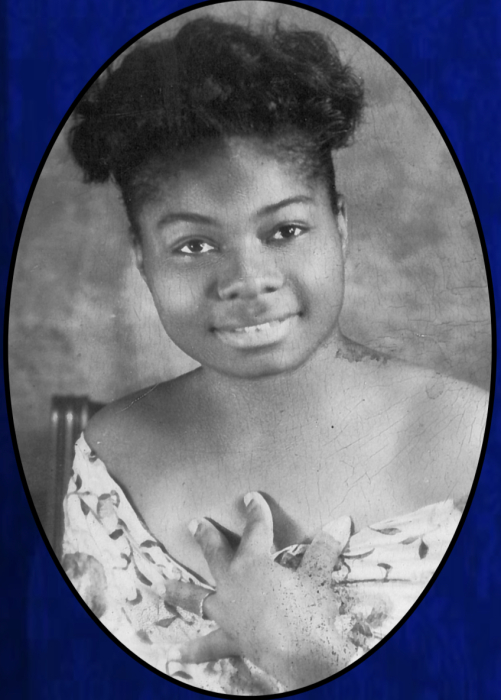 Sister Gertha J. Davis was born January 25, 1922, in Moscow, Texas. Her parents were the late Deacon I.B. Jefferson and the late Missionary Jeanie Duncan Jefferson. They preceded her in death.

As an infant, she was christened in the Shiloh Methodist Church & was baptised in the same church at the age of 16 years. Her early Eporwonth League and Methodist Institute training in the Beaumont District of the Texas Conference prepared her for church and community work during her teen and young adult years.

She became a member of the Women’s Army Auxiliary Corps, after completing High School and served 2 ½ years. She received an honorable discharge in December 1945 and enrolled in Cortez Peters Business School in Baltimore, Maryland in September 1946. She earned an Associate Degree in Clerical Administration, graduating in June 1948.

Gertha married Louis A. Davis, September 11, 1948 in Baltimore, Maryland. No children were born to this union.

She served as District Counselor & District Director of Youth Work in the South Baltimore District of the United Methodist Church - Baltimore - Washington, and the board of Education, Baltimore Md., under the Conference Director, the late Levi Miller from 1949 until the Lord saved, sanctified and filled her with the Holy Ghost in 1958 in Houston, Texas. At Buck Street COGIC & First Church of Corrigan COGIC, Corrigan. She was visiting family & relatives during the Xmas holidays. Sis Davis returned to Maryland “Another Way” and has worked for the Lord & his people ever since.

Gertha enrolled in Morgan State University, and earned a B.A. Degree in Sociology & Psychology. She taught school on the secondary level for three years in the Baltimore County Public School System. She earned a Master's Degree Equivalent in Mental Retardation and Special Education, during her teaching career in Maryland.

She retired in 1983, returned home and never stopped working for the Lord and his people. She became a worker in the First COGIC, Corrigan, Corrigan Community Churches, District, State and National Worker of the COGIC, Texas Southeast.

She served as part-time Summer Counselor for The Federal Social Security Administration Headquarters Office, in Baltimore, Maryland during the summers of 1949 through 1980.

She leaves to cherish her memories, a beloved brother, and a dear baby sister. A number of nieces and nephews, great nieces, & nephews, aunts, uncles, cousins (like sisters & brothers) other dear relatives, Lovely In-Laws and friends.

To order memorial trees or send flowers to the family in memory of Gertha Davis, please visit our flower store.