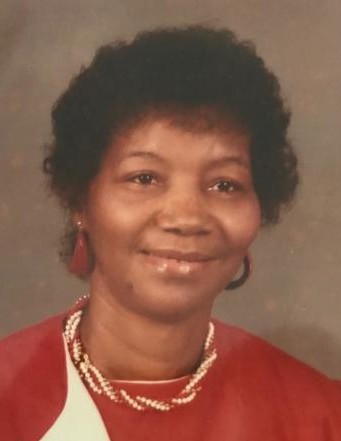 She attended public schools at Hooks Colored School in Hooks, Texas. She married R.C. Adair in 1958. She was the mother of Janice Adair White, However she nurtured and helped to raise her many nieces and nephews. “Aunt Mae” as she was affectionately called by her family and the people of the community and her church family.

She united with the Smith Memorial Church of God In Christ under the leadership of Pastor A.R. Smith, and after his demise Supt. C.W. Scales became her pastor he served as her pastor for a number of years; then Pastor Manuel Dunham Sr. became pastor until his demise; Pastor Dr. Broderick Gordon became pastor of the Church where she served faithfully until her health failed her. “Aunt Mae” served faithfully in the capacity of church mother; hospitality committee; she was an interior decorator; also she was a great mentor to the young women of the church. She worked in the home health field for numerous years. She was a tailor seamstress for many years.

She was preceded in death by her mother and father; her husband; sisters; and brothers: Willie Matlock and Otis Matlock.

To order memorial trees or send flowers to the family in memory of Ellar Adair, please visit our flower store.