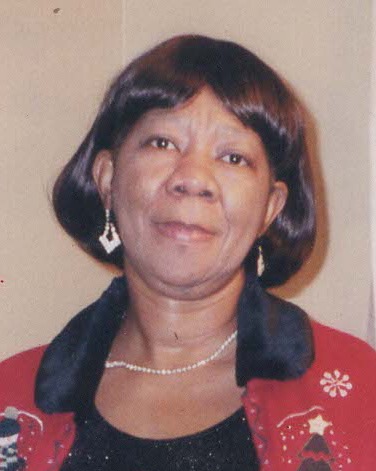 On June 7, 1951, in Goodrich, Texas, a
beautiful baby girl was born to John Tucker
and Velma Wright Tucker, they named
her Vivian Ann Tucker.
Vivian grew up in Goodrich, Texas and
attended public school there.
On June 6, 1968, she married the love
of her life, Frankie Henry Lusk.
For many years Vivian was a cook
at various restaurant's.
At an early age she accepted Christ and united with the New Hope Baptist Church, where she served as usher. Later, she united with the Guiding Star Church of God In Christ where she ushered and sang in the choir for many years. Then she joined the Creekwood Church of God In Christ, where she became a Missionary. Later, she united with the First Assembly of God Church under the leadership of Pastor Chris Borden where she served until her demise.
Missionary Henry was proceeded in death by her parents; John Tucker and Velma Wright Tucker. Sisters: Nellie “Nell” Tucker; Eddie Foster. Brothers: Charles
Edward Tucker; Leo Tucker. Son in law: Yancy Williams.
She leaves to cherish her memories: Husband Frankie Lee Henry Lucks of Goodrich, Tx; children: Tammy Williams of Livingston, Texas, Tangela Taylor (James III) of Tampa, Florida; five grandchildren: Crystal Leeann Williams of Livingston, Tx; Yancy Shamar Williams of San Diego, California; Marrion Taimar Harris (Debra); Taivon Taylor; Jaivon Taylor all of Tampa, Florida. one great-grandson: Malachi Harris of Tampa, Florida. Sisters: Flossie McGowen; Ethel Cunningham, both of Goodrich, Tx; Wanda Jones (Curtis) of Houston, Tx; brother: Cleo Tucker of Sugarland, Tx. a host of nieces, nephews, other relatives and friends.
To order memorial trees or send flowers to the family in memory of Vivian Ann Henry, please visit our flower store.