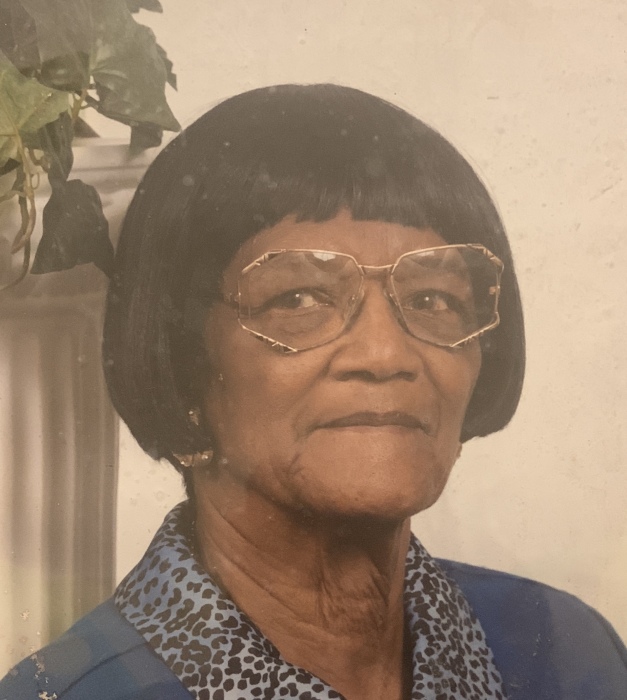 On February 25, 1918 in Livingston, Texas, a beautiful baby girl was born to Mr. Ed and Charlotte Dewalt, they named her Altharine. She attended Dunbar Public School.

Altharine, better known as Mama Bunch accepted Christ at an early age. Mama Bunch was a charter member of the Macedonia Missionary Baptist Church, where she was one of the original mothers of the church. She was a faithful member until her health declined.

Mama Bunch was employed at the Livingston Hospital and The Livingston Independent School District for several years.

Some of her most memorable moments are family visits, serving her church, and when she prepared homemade desserts. Her hobbies were collecting what-nots and shopping at garage sales.

On October 11, 2018 in Corrigan, Texas at the age of 100, Mama Bunch departed this life peacefully comforted by family, friends, her pastor, and the Corrigan LTC Nursing & Rehab Staff.

To order memorial trees or send flowers to the family in memory of Altharine Wallace, please visit our flower store.