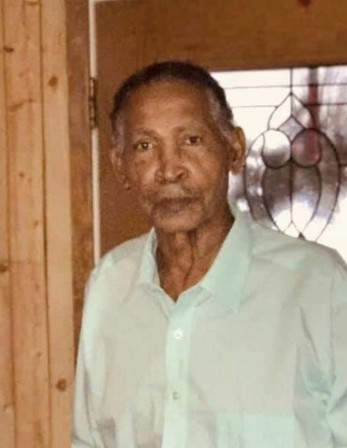 
Funeral Services for Mr. Alonzo “Butch” Petties, 72, of Leggett, Texas will be held Saturday, May 4, 2019 at 11 am. At the Livingston Church of God In Christ with Elder Lang Prescott III officiating. Interment will follow at Lilly Island Cemetery in Camden, Texas. “Butch” was born on January 19, 1947 to parents Mr. Walter and Johnny Lee Petties in Camden, Texas, and he passed away peacefully surrounded by loved ones April 24, 2019 in Leggett, Texas. He grew up in Camden, Texas, and attended public schools and graduated from Chester High School.

He accepted Christ at a young age at Lilly Island Missionary Baptist Church where he played Santa Clause faithfully. Later in life, he united with Livingston Church of God In Christ under the leadership of Bishop Rayford A. Chimney, where he remained a member until his demise.

On December 24, 1970 he married the love of his life, Mrs. Olivet Criswell Petties for 48 Blessed years. He was a devoted husband, father, brother, grandfather, and great grandfather who provided well and worked hard to provide for his household. Butch devoted his time and was known for his dedication to Polk County Road and Bridge for more than 38 plus years as a Heavy Equipment Operator until his health began to fail. Butch was also a faithful member of the Camden Trailblazers who loved riding horses, pinning cows and anything incorporating animals. After the passing of the late Mr. LA Prescott, Butch helped his family at Duncan Funeral Home as a gravedigger for many years also until his health declined.

To order memorial trees or send flowers to the family in memory of Alonzo Petties, please visit our flower store.